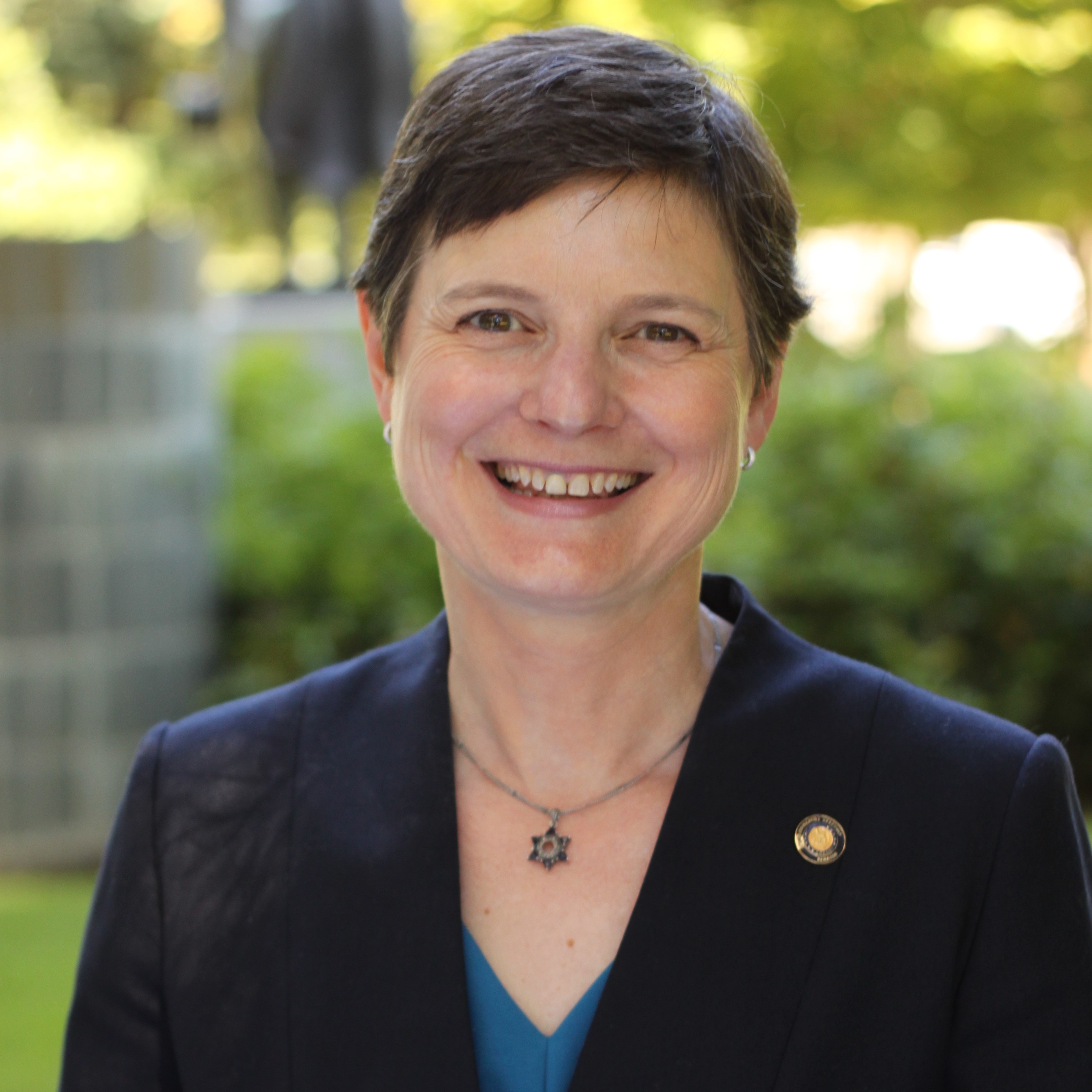 Sen Elizabeth Steiner Hayward MD is a US Senator within the state of Oregon and an active health care reformer. One of her chief achievements has been in championing Oregon’s Coordinated Care Organisations (CCOs), an approach which has streamlined and integrated health systems to deliver healthcare more efficiently.  These changes represent one of the most ambitious efforts of any health system to slow health spending and transform the delivery system. Key features involve local governance structures including health care providers and community members; a whole-person approach; one global population-based budget that grows at a fixed rate, and accountability for quality and access. This has resulted in significant containment of health spending, and Medicaid beneficiaries enrolled in CCOs reported better access to care, better quality care, and better connections to primary care than Medicaid FFS or uninsured persons.

Senator Steiner Hayward is an Adjunct Associate Professor of Family Medicine at OHSU and has served as the State Senator for Northwest Portland and Beaverton since 2012. She is a Senate Co-Chair of the Full Ways & Means Committee, which oversees Oregon's state budget. She is also a member of the Capital Construction Sub-Committee and the Legislative Audits Committee, both of which address portions of the budget. Senator Steiner Hayward also serves as Deputy Majority Leader of the Oregon Senate Democrats. She currently serves as a member of the Governor's Children's Cabinet and on several health related task forces, addressing vaccination rates, the opioid epidemic and pharmaceutical drug prices. 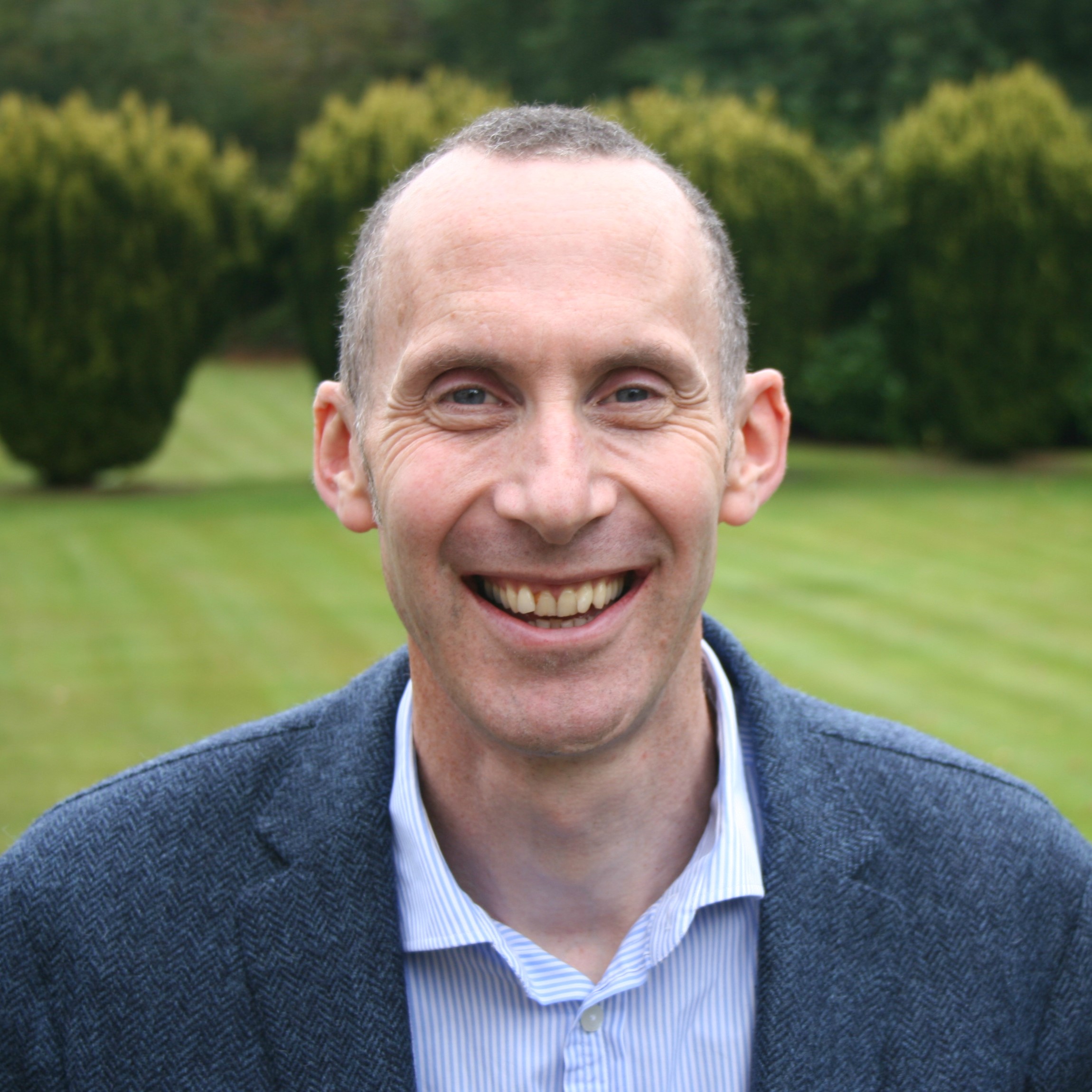 Co-Director of the Centre for Leadership in Health & Social Care and Head of the Department of Social Work & Socal Care at the University of Birmingham.

Robin is an applied health and care researcher with an interest in new models of integrated and primary care. His research explores the reality of implementing integrated care in practice through the experiences of patients, communities, professionals and their organisations. He enjoys formative studies that engage with the messy realities of implementation and make a positive contribution to local learning as well as the wider evidence base.

He co-ordinates and teaches on numerous leadership and management programmes for clinicians, managers and purchasers, and was central to the development of the centre for health and social care leadership at the University of Birmingham (https://www.birmingham.ac.uk/research/health-and-socal-care-leadership/index.aspx ) He has co-led courses, workshops and masterclasses and International Summer Schools for IFIC’s Integrated Care Academy, with a particular interest in the culture and values of inter-professional working. He has also led workshops and short teaching programmes across the UK, Europe, Australia and New Zealand. Robin is the current Joint Editor in Chief of the International Journal of Integrated Care and was the Co-Editor of the Journal of Integrated Care between 2012 and 2018. He published over 50 peer reviewed articles and three books exploring the implementation of person-centred and coordinated care.

Prior to his academic career Robin was a practitioner, manager and commissioner, and has served as a non-executive director and chair of trustees within housing and charitable sectors. In addition to his IFIC role Robin is an advisory group member of the European Primary Care Network, and a Senior Fellow of the School for Social Care Research . 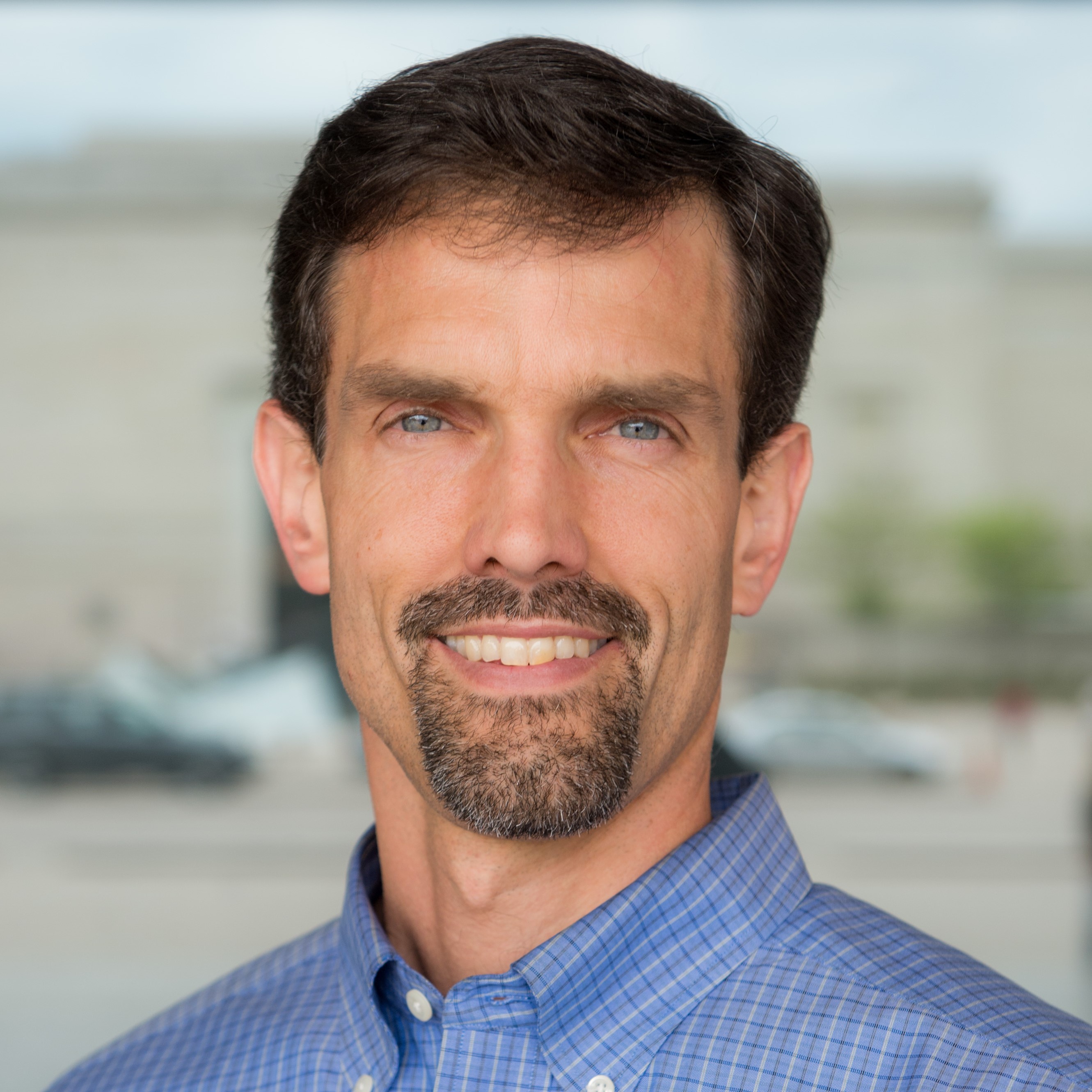 Andrew Bazemore is a practicing Family Physician, the Senior Vice President for Policy & Research at the American Board of Family Medicine, and the co-director of the new Center for Professionalism and Value in Health Care. Prior to July 2019, he was also the Director of the Robert Graham Center. Across both enterprises, he conducts and publishes research that enables policy makers to bring primary care and integrated care perspectives to health system reform at local, state, and international levels. He oversees and participates in the research work of his teams, with a particular interest in access to care for underserved populations, health workforce & training, and spatial analysis. Dr. Bazemore has authored over 150 peer-reviewed publications, while leading an emphasis on developing tools that empower providers, leaders, and policymakers. This is exemplified in his efforts to create and grow geospatial tools that foster access, visualization, and effective use of data to inform population-based health care planning. He is an elected member of the National Academy of Medicine (NAM), an independent organization of professionals from diverse fields that advise the international community on health, medicine, and related policy, and is a member of the federal Council on Graduate Medical Education (COGME). Dr. Bazemore also serves on the faculties of the Departments of Family Medicine at Georgetown University, University of Toronto, and VCU, and in the Department of Health Policy at George Washington University School of Public Health. 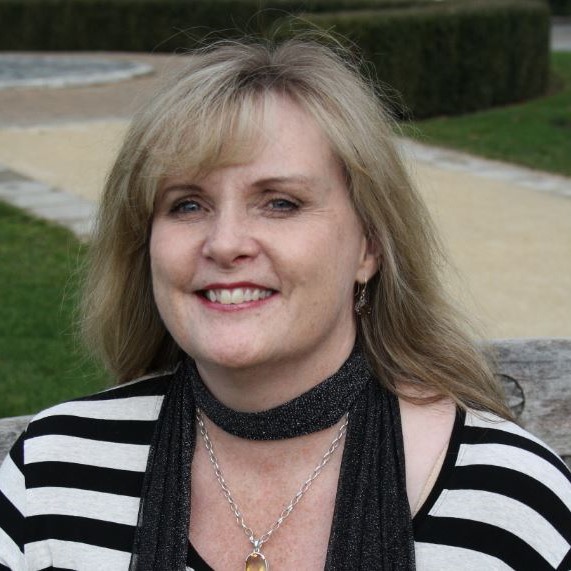 Carolyn is currently the Executive Director of Planning, Funding and Decision Support for New Zealand’s Canterbury and West Coast DHBs. In this role she has been one of the leaders and architects of the Canterbury Health System’s “One System, One Budget” integrated health and social care system. Carolyn’s focus has always been on developing new models that support an integrated health system response, organised around the needs of the person and the population, in a way that ultimately reduces demand on the whole system.

Carolyn is on the Alliance Leadership Team for the Canterbury Clinical Network and is part of the Strategic Planning and Integration Team for the South Island Alliance. Carolyn was instrumental in the development of the alliance policy and framework for the NZ health setting and is the executive sponsor of HealthPathways which influences health outcomes for over 35 million people in four countries. 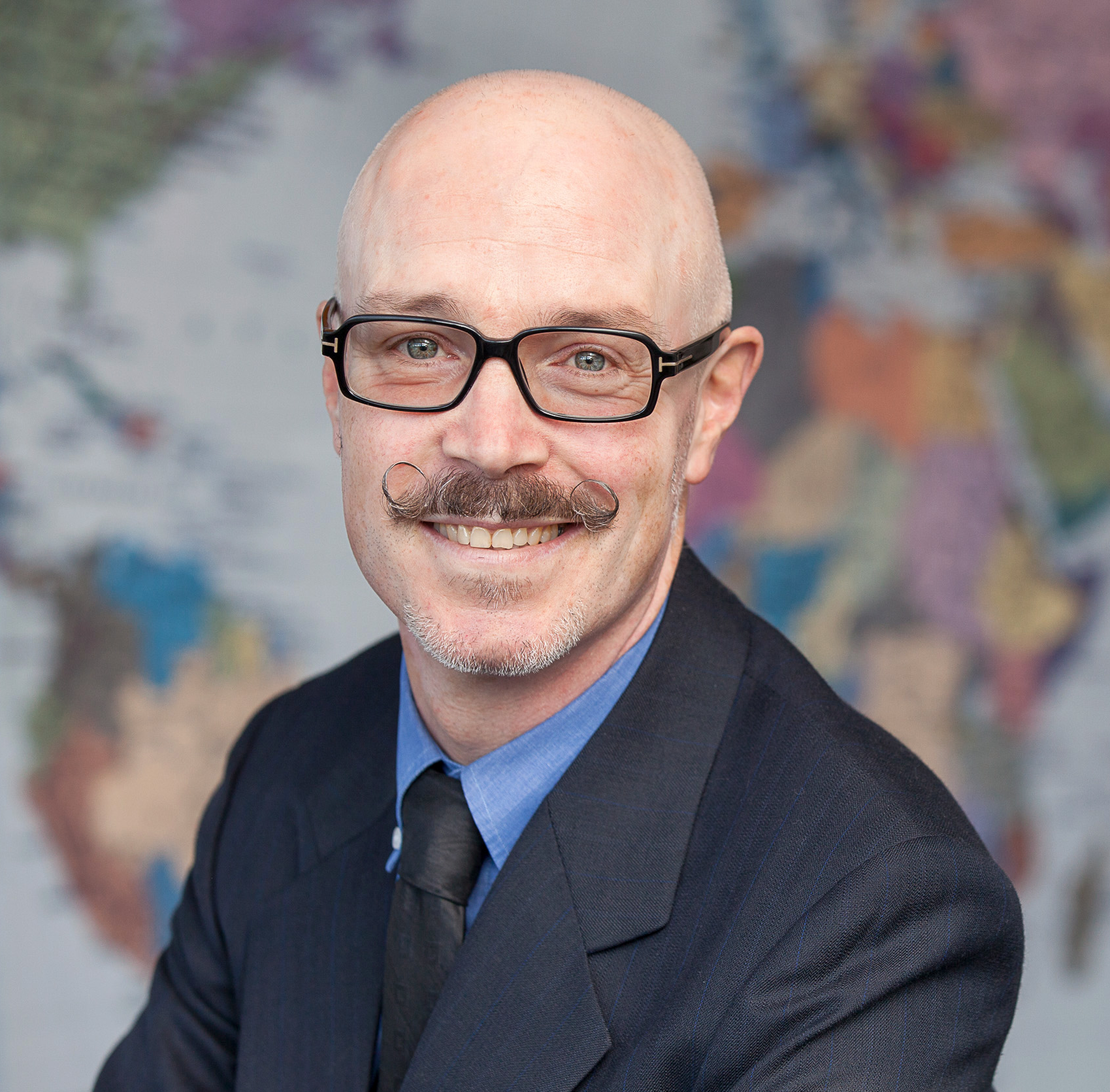 Robin Gauld is Pro-Vice-Chancellor (Commerce) and Dean, Otago Business School, a role he moved to in December 2016. Previously, he was Head of the Department of Preventive and Social Medicine at the Otago Medical School, where he was based for 20 years following a PhD in public administration from the University of Hong Kong. More recently, he was awarded a Doctor of Commerce by Victoria University of Wellington for his research on health care governance. Robin is Co-Director, Centre for Health Systems and Technology which spans the Business School and Health Sciences Division at the University of Otago. He was 2014 NZ-UK Link Foundation Visiting Professor at the School of Advanced Study, University of London; a Commonwealth Fund Harkness Fellow in 2008-09 at Boston and Harvard universities; and from 2013-2017, was founding Independent Chair of Alliance South which brings together clinical leaders and managers to focus on ‘whole of system’, integrated approaches to health system and patient care improvement in the Southern region of New Zealand. Robin has authored over 150 peer-reviewed journal articles, many book chapters and several books including The New Health Policy (Open University Press, 2009) which was awarded First Prize in category at the 2010 British Medical Association Medical Book Awards. His most recent book is the co-edited Health Systems in Developing Counties in Asia (Routledge, 2017). 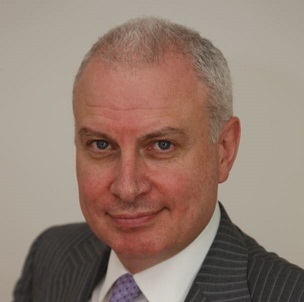 James is the immediate past President of the National Association of Primary Care (UK), and is the co-author and national clinical lead of the Primary Care Home roll-out, possibly the largest reform programme for primary care provision in the NHS in a generation. A skilled clinician and manager of change, he has a wealth of experience in the provision and commissioning of primary care, medical education and in medical politics. He has been a leader of NHS reform for over 25 years.

James has twice served as a government advisor at the Department of Health for a combined period of 8 years, and was the National Clinical Lead for Primary Care Commissioning. In this role he was also the Primary Care Lead on the Department of Health’s Board of National Clinical Directors.  He has also held advisory positions with the National Institute for Health and Care Excellence,  Care Quality Commission and NHS Improvement.  James has been a Board member for 3 different hospitals in the NW of England over a 12 year period.

James is the Senior Partner in an nationally-recognised General Practice in the North West of England and an honorary clinical professor in the School of Medicine at the University of Central Lancashire.

In October 2019, he became Chairman of the UK Institute for Healthcare Management, the nation’s foremost organisation for the management training, education and leadership development of managers and clinicians. He was a GP trainer for 20 years and an undergraduate tutor for the medical schools of Liverpool and University College London. He is immediate past Chairman of the largest independent community pharmacy chain with national coverage in England.

James was appointed an Officer of the Order of the British Empire in the Queen’s 2012 Diamond Jubilee New Year Honours List for services to Medicine and to Healthcare.  His international roles include the primary care lead for the Faculty of Disaster Medicine for India and Nepal and he is currently advising the Indian Government and provincial Government in China on the development of Primary Care.